A Philippine delegate brought home a Medallion of Excellence in the recent WorldSkills Competitions 2022 Special Edition held in Switzerland from October 19-28, 2022.

Philippines' Jonathan Supsupin, a graduate of the then Baguio City School of Arts and Trades (BCSAT), of the Cooking skill area was awarded Medallion for Excellence for obtaining a score of 711 points, placing him ninth out of the 30 competitors from other countries.

Medallion for Excellence is granted to competitors whose performance meets international standards based on the criteria set by WorldSkills International.

Supsupin was among the Filipino delegates who participated in the WorldSkills Competitions 2022 Special Edition that replaced WorldSkills Shanghai 2022 which was canceled in May due to the COVID-19 pandemic.

In the Special Edition, a total of 62 skill competitions will be held over 12 weeks in 15 countries and regions.  The competitions started last Sept. 7 and will last until Nov. 22.

TESDA Director General Danilo P. Cruz lauded Supsupin and other delegates for bringing pride to the country after their successful finish in the WorldSkills.

The TESDA Chief also emphasized that the country’s recent participation in the WorldSkills Competition proved that the skills training provided by the Agency is at par with international standards.

“You have shown the world that the excellence of a Filipino in the tech-voc field knows no limits, and our skilled professionals are world-class.” DG Cruz said.

Meanwhile, in an interview, the 23-year-old Supsupin shared that he also ranked first in the Department of Education’s (DepEd) 2018 National Technolympics in Dumaguete City.

He said that since high school, he loves cooking so he chose the Technical-Vocational-Livelihood Track when he entered Senior High School at the Benguet National High School.

Upon finishing Senior High School, he then enrolled in the Diploma in Culinary Arts at the then BCSAT now Cordillera State Institute of Technical Education (CSITE).

Further, he said that he is happy that he enrolled at TESDA and expressed hope that the WorldSkills Competition will become his stepping stone in achieving his dreams. 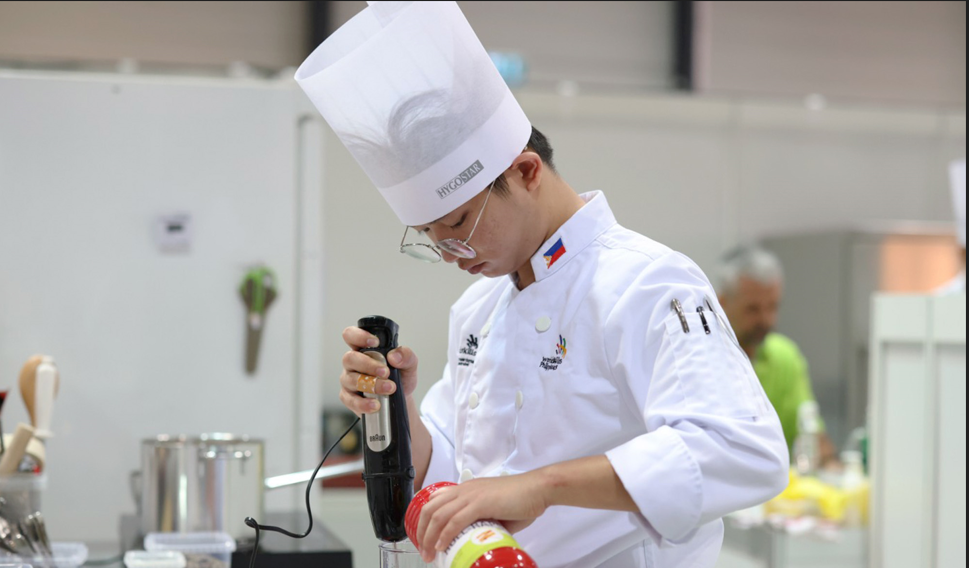