Xijen continues to fulfill dreams of the youth in Mt. Province

At a time when people from the Mountain province region barely knew how to operate the computer, a school took a bold step to provide a low-cost but efficient basic computer education to the community, believing that acquiring computer skills and knowledge will open up opportunities for lucrative jobs, aside from farming, and hence, let the people improve their lives. 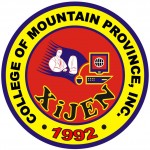 With that vision in mind, Xijen College of Mountain Province took the initiative in 1992 to offer short vocational and technical courses to the people, particularly focusing on computer education.

Mountain province, which is popular for its sublime Banaue rice terraces and wood carving and where farming is the number one livelihood, was not yet “wired” in the 90’s and few people were interested in computers.

But Xijen owners, Joel Fagsao and his wife, visionaries who knew since then the power of information technology to transform lives, persevered to establish the school and introduce computer education, despite challenges like the lack of budget and well...interested students.

People living in the mountains need not stay backwards in terms of computer education and education per se, argues Fagsao, who with meager resources, continued to run the school.

Driven by a strong determination and advocacy to provide the Bontoc people an alternative livelihood to farming, Xijen offered short courses like computer programming, technician and secretarial courses as an option.

To ensure that the school will be top-notch, Xijen hooked up with the Technical Education and Skills Development Authority (TESDA).

At first, only a trickle of college students and professionals came to take computer learning. In fact, at that time, only one government office had a computer in his hometown.

But slowly, the students came, buoyed by Xijen’s low tuition fees and quality computer education that guarantees jobs after graduation. Most of Xijen’s students are TESDA scholars and since 1992, the school has kept the tuition fee minimal to accommodate less-privileged folks of Bontoc.

After 18 years, Xijen College of Mountain Province has indeed come a long way.

From a school with only two computers, it is now one of the prestigious vocational schools in the region and has produced top-notch graduates who are trusted and employed by the best IT companies not only locally but abroad.  World-class companies like Sony, Acer and Samsung employ graduates of Xijen.

It is for this distinction that Xijen College of Mountain Province Inc. was chosen as this year’s winner Idol ng TESDA Institution category.

TESDA recognizes the important role that Xijen plays as the Philippines’ partner in growth and in the promotion and development of middle level manpower “in terms of support to the beneficiaries who are unemployed and are economically inadequate.”

Xijen has also kept its education standards high and is actually one of the most advanced computer schools in the region.

A pioneer, Xijen was the first one to put at satellite internet service in 2000 to further service its growing number of students. It was also the first school to start a program that reaches out to poor students in the barrios of Bontoc to provide computer education, again believing that education is the key and the tool to progress.

The program called Computer to the Barrios was successful and is even used as a scale model for government agencies to implement their own programs for the education of the poor.

From an unknown computer school in the ‘90s, Xijen is considered a prime mover in information technology where people are more open to have a computer education under their belts.

A testament to the school's good education is Dexter Alacyang, a Xijen alumna, who used to work as a computer technician for Qanta LCD Panels in Taipei, Taiwan.

Alacyang is very grateful for having studied at the school.

“A skill earned in technical-vocational course is valued overseas and earns a good pay. Never underestimate a vocational course because graduates power the economy of progressive countries like Taiwan,” he says.

He said he didn’t have a hard time applying for a job in the company because they took note of Xijen’s background as a good  computer school. At work, Alacyang shined was even given normally reserved for people with higher education.

Today, Xijen continues to be a force in providing quality technical/vocational courses in computer education that students here are mighty proud, debunking and changing mindsets that living in the mountains does not necessarily mean people are backwards or computer-illiterate.